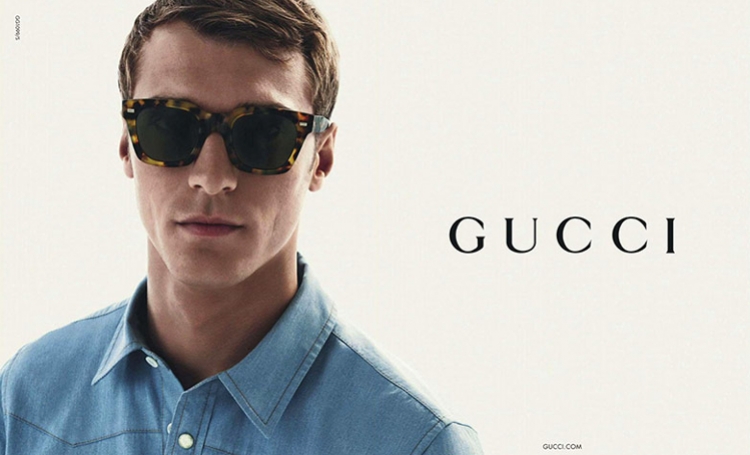 Kering Eyewear was officially launched on June 30, 2015, in the exquisite setting of Palazzo Grassi in Venice where the ‘Collezione Uno’, including nine of the Group’s brands in Luxury and Sport & Lifestyle, was unveiled.

The new entity, which is part of the Kering Group, was established in 2014 with the purpose of creating a dedicated Eyewear company pooling expertise in design, marketing, production and distribution for the majority of the Group’s brands and becoming the world leader in luxury and high-end Eyewear.

The goal of Kering Eyewear is to integrate one of the fastest growing categories within accessories in order to better support the expansion of the Group’s brands in the Eyewear sector, helping them to exploit their full potential. The Eyewear Collections are now designed and developed in-house and in collaboration with the creative teams of the Kering brands, and with the same attention to craftsmanship and detail as in all other product categories.

The first Kering Eyewear Global Sales Campaign began on July 1, 2015, in the beautiful headquarters situated in a Renaissance villa in Padua, Italy, and will continue with a number of local sales campaigns in key countries through their subsidiaries.

The market will be approached with a dedicated team of Brand Ambassadors who will focus on qualitative distribution thus enhancing the distribution across all channels. There will be specific focus on the Kering brands’ directly operated stores network while leveraging the most valuable distributors and ensuring the highest level of service in the industry.

The ‘Collezione Uno’ will be available in stores as of November 2015, collecting orders from Key Accounts during the forthcoming sales campaigns, followed by Independent Opticians as of October 2015.