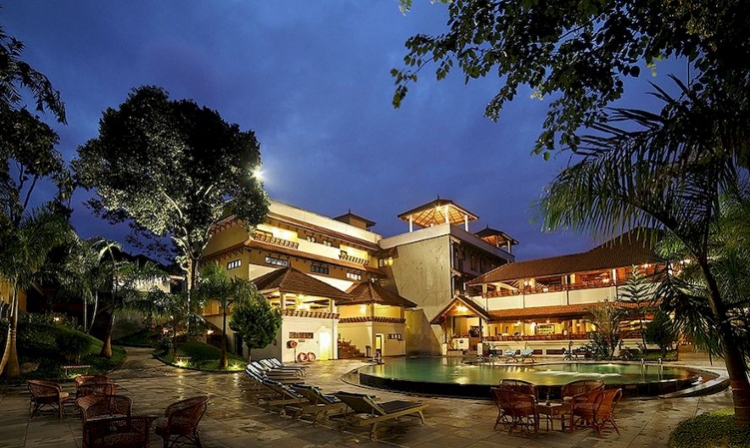 Thekkady is one of the most popular tourist destinations in south India. Home to the Periyar National Park, the town is simply brimming with tourist attractions that guarantee of a fun adventurous holiday. Thekkady is a small town that best represents the natural beauty of the state of Kerala.

It is a part of the Idukki district in the state and is perhaps best known for the Periyar National Park, which at times is also used as the alternate name of Thekkady. Meanwhile, Thekkady is a town which is also in proximity to some of the best known tourist destinations in Southern India; these include: Kottayam, Kochi, Madurai, Thiruvananthapuram, and Idukki (the district itself). Visually untouched by the adversities of modernization, Thekkady is still a region of diverse lands that are capped by thick-sprawling layer of greenery, which in turn provides shelter to life in various forms. The town itself is one of the most well-known tourist destinations. It is simply a paradise for the nature-buff, wildlife enthusiasts, birdwatchers, and trekkers.

Meanwhile, Thekkady is a small town with an area of 778 sq km, which is sufficiently large enough for the flora and fauna to sustain and flourish. Note that the town is situated at an altitude of 2800 m which also explains the cool weather in the town. It never gets too hot in the place; the maximum point the temperature rises is 36 degree C. Plus, winters in the town are also pleasant with the temperature varying between 16 and 32 degree C. The tropical weather, high altitude, and abundantly bestowed by fresh water forms the perfect conditions for life to survive and grow in the town. Tourism is pretty much everything in the town and the region. However, large farming estate also consolidates the fact that farming is yet another significant aspect in the town.

Additionally, religion also owns considerate importance in the town. Other than farming locals spend significant time in worshipping. There are several temples dedicated to Hindu gods and local deities situated on different parts of the region. When in the town the temples of it are must visit. The good thing is that there are certain Thekkady hotels that offer transportation services to these temples.

On the tourism front, the town is simply brimming with natural tourism attractions. The Periyar National Park is perhaps the most dominant tourism attraction of the town. It is a national park as well as a tiger reserve. The park has been attracting tourists since decades. Other than the tigers the protected park is home to several species of wild animals and flora, which also include some of the rarest species. It also houses an artificial lake that is formed because of the Mullaperiyar Dam. The lake is one of the most visited tourist sites in the national park, as it gives one the opportunity to view the wildlife in untamed action across the shores of the lake. Meanwhile, watching the wild elephants play in the lake water is one of the most popular activities amongst the tourists.