Made in the UK: Burberry ‘strait-laced’ menswear collection celebrates best of British craftsmanship 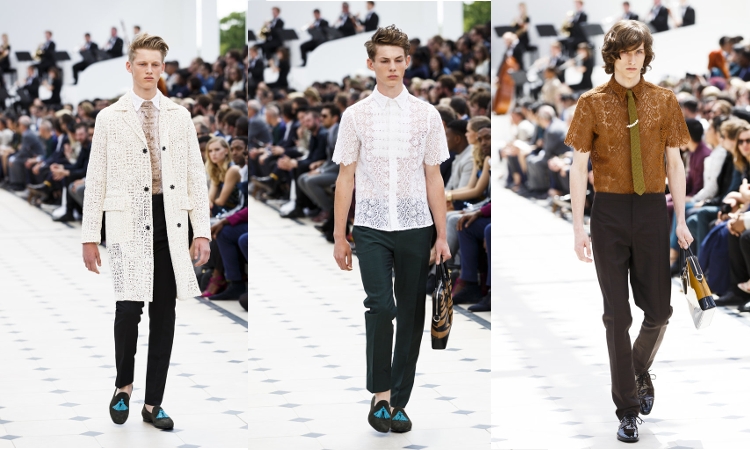 Burberry also introduced The Chelsea today – a new tailored slim fit design and a new fourth fit for Burberry menswear. The Chelsea silhouette was presented on a new Made In England trench coat and across a range of tailoring including suits, shirts and ties.

A selection of women’s Spring/Summer 2016 Pre-Collection looks were also shown today on British models including Ella Richards and Malaika Firth, marking the first time Burberry has included womenswear as part of it's menswear show.

Music performance by Rhodes
British musician Rhodes performed the live soundtrack to the show, accompanied by a 24-piece orchestra conducted by Joe Duddell with arrangements created especially for the show. All songs are available to download on iTunes from today.

Runway made to order offers customers the early chance to buy the collection.

Selected outerwear including the new Chelsea trench coat, bags and scarves can be ordered and personalised for a week until 22 June on Burberry.com, or by appointment in selected stores globally, allowing consumers the chance to own pieces of the collection months before they arrive in store.