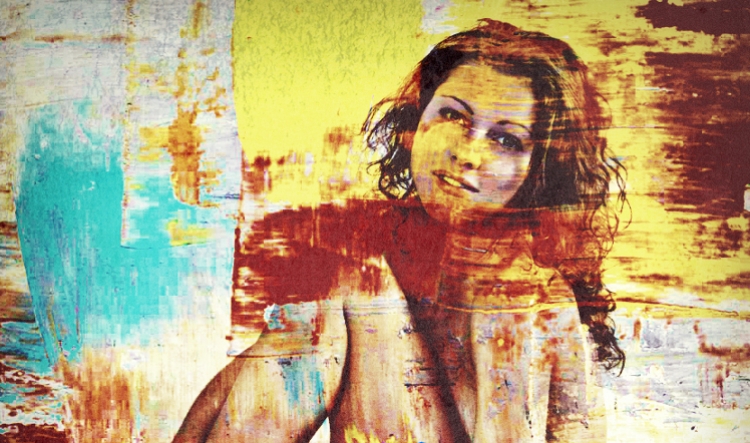 Rivington Street Gallery is excited to announce our upcoming exposition of works by Marko Stout. On view August 13 through August 19, 2015, the exhibition features works from the artist’s acclaimed “Chelsea Girls” series along with current and past installation and video projects. Marko Stout is a multidisciplinary artist with pop-art influences.

Marko Stout’s work was summarized in a recent Huffington Post article as, “…an undeniably refreshing to observe a piece of art that has a female subject who radiates with vigor, independence and energy. Marko has spent a substantial amount of time during his artistic career capturing what he often refers to as the "grit" of New York City, mainly the Chelsea Area. Grit, grunge, energy, high rent, all of what the city has to offer, Marko harnesses. This is not terribly uncommon for a New York dwelling artist. However, in Marko's series, there is a fine tuned twist of cultural conventions.”

Accompanying Marko Stout’s touring "Chelsea Girls" series is his installation "Manhattan Project No.9." Viewers of "Manhattan Project No. 9" are invited to put on headphones and get entranced in a modern, rhythmic and energized video portrayal of what can only be described as a dreamlike state designed for the senses.

Rivington Street Gallery will curate and exhibit Marko Stout’s work for a week this summer as part of Marko Stout’s current international tour which makes stops in New York, Berlin, Amsterdam, LA, Paris and other cities in the United States and abroad. A complete listing of the exhibition tour dates, locations and works can be found on the artist’s official website at: www.MarkoStout.com.

As stated in a 2014 ArtForum article, “…Marko Stout’s profound spin on such a relatable aspect of the human experience leaves viewers aware, unshackled and connected to the grit of New York City, in the best way possible!”

The Marko Stout exhibition is prepared, curated and presented by Riverton Street Gallery in conjunction with Marko Stout Studio and Galleries, New York City, with a special thanks to the New York City Department of Cultural Affairs.