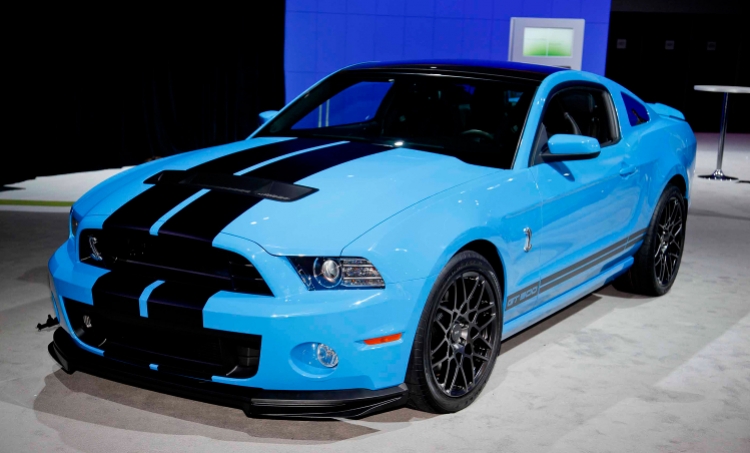 What's better than a well planned out event?  A well planned out event, sunny skies and 75 degrees.  This year's Carlisle Ford Nationals offered that, plus it showcased the past, present and future of the brand.  Ford weekend hosted over 3,000 cars and 50,000+ guests, while spotlighting the Ford GT, GT350 Mustang, Merkur and the Thunderbird.  Guests came from all over too, with 35 different US states, Canada, Australia, France and New Zealand just to name a few represented at Carlisle.

Not only were Ford's classics on display, the neighboring Carlisle Expo Center hosted free test drives as well as new offerings from Ford such as the GT350, GT350R and Focus RS.  As the Focus goes, Ford only has two of them right now and the Carlisle Ford Nationals were just the third show in the world where enthusiasts could see it.

Friday and Saturday both featured product walk arounds from Ford Performance on the aforementioned new Fords as well as the Platinum Edition of the Ford Explorer, while Friday night hosted a special VIP get together for Ford GT lovers.  At the dinner, guests mingled with GT elite like the Robertson Race Team, Steve Saleen, Camilo Pardo and "GT Joey."  As part of the dinner, a special GT banner was auctioned off, with proceeds benefiting the Chip Miller Charitable Foundation.  $2,500 later, one guest had his very special banner and the foundation garnered even more support to fight Amyloidosis, the disease that took Chip Miller from the automotive world in 2004.

About six hours before the GT honors, Building G hosted a few hundred Thunderbird enthusiasts and a few dozen T-Birds as part of the 60th Anniversary of the Thunderbird.  There was themed cake from the Carlisle Bakery, unique memorabilia on display and even some T-Bird specific guests.

The onsite Dyno and autocross tracks were also extremely popular draws throughout the weekend as dozens of cars and owners took turns seeing just what their ride brought to the table.  Autocross and the Dyno weren’t the only chances for enthusiasts to push their ride to the limit.  Saturday evening hosted the always popular burnout competition.  Nearly a dozen cars competed and when the smoke cleared, literally, there was just one King of the Hill.  Once the onsite fun was done, everyone hit the streets of Carlisle for the parade and movie screening of Demon on Wheels at the Carlisle Theatre.

As the event wrapped Sunday, thousands remained onsite for the awards parade, some last minute swap meet shopping and a chance to say goodbye to friends; new and old who make the annual trek to Carlisle for the show.  As guests left, they also began making plans for 2016.  Next year’s show is June 3-5 and will include many special displays, including one focused on the Ford Bronco.