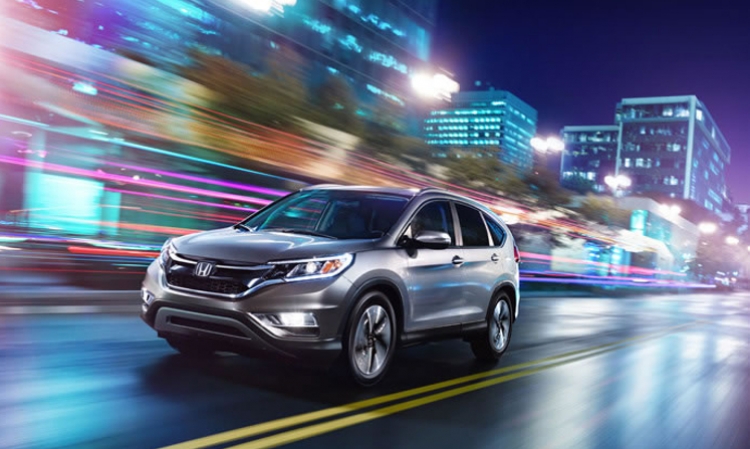 New England Honda Dealers are proud to announce that the 2015 Honda CR-V just took home the top spot in the Cars.com/USA Today/MotorWeek Compact SUV Challenge, beating out six other competitors to assert itself as one of the best choices for a new vehicle.

Readers who know that the Honda CR-V has been one of the most popular SUVs in America might not be surprised to hear that the latest version ousted its six competitors in the Compact SUV Challenge. It seems as though the CR-V has been defining the crossover segment since it debuted, and even the toughest competition has a hard time keeping up.

Cars.com Editor-in-Chief Patrick Olsen described the advantages of the CR-V that helped launch it ahead of other crossover, saying, "The 2015 Honda CR-V came out on top because it provided the best blend of good interior room, excellent visibility, and a surprisingly rewarding driving experience. [It] was also packed with great family-friendly features like easy-to-fold seats, a low load floor, rear air vents, and much more."

Many of the CR-V's recent successes and awards can be traced to its refresh for the 2015 model year. Honda not only upgraded the engine to make it both more powerful and more fuel efficient, they added on a whole new trim level to give drivers access to a wide range of high-tech safety and accident prevention features.

In order to take part in the challenge, each of these seven vehicles had to cost less than $28,000 and feature a combined city and highway fuel economy of at least 26 mpg to ensure that they were all reasonably priced and practical for the average family.

For more information on the Compact SUV Challenge and what makes the 2015 Honda CR-V such a popular vehicle, be sure to contact a sales team member at a New England Honda Dealer. In addition to carrying the full lineup of new Honda vehicles—including the recently debuted 2016 Honda HR-V—they also have a diverse selection of used car options and feature on-site auto service and financing.