My Best Summer In Rome 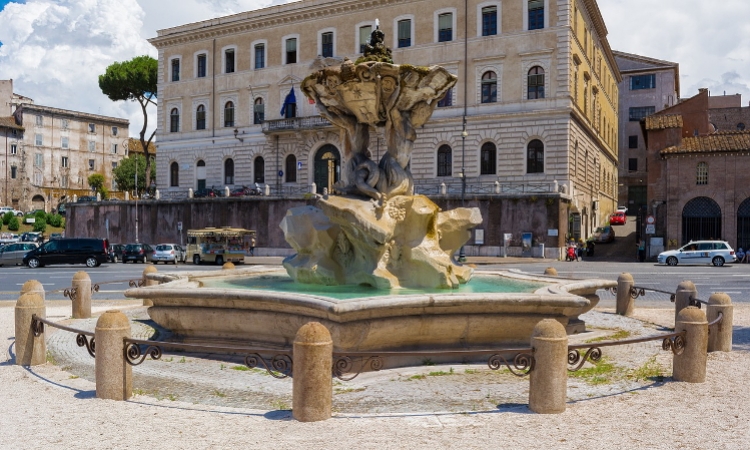 It would be silly to walk aimlessly around such a beautiful city and not to obtain interesting and useful information about Rome. So, I asked for help of a guide on web. The website 2polyglot is very easy for use; you just need to come  and choose a specialist according to your requirements. I selected an appropriate guide and agreed to meet at the airport. Then, my days were full of impressions. Rome captivated me at once. It is the brightest city I have ever seen.

According to an ancient legend, its name Rome received from the founders of this city - brothers Romulus and Remus, who were found on the banks of the Tiber and fed by the Capitoline wolf. Romulus was the first king of Ancient Rome from 753 B. C. This date is the year of Rome’s founding.

A papal state – the city of Vatican, which is the smallest country in the world, is situated within Rome. Vatican is located in the western part of Rome, behind St. Peter’s Cathedral and lies on the right bank of the Tiber. This state has its infrastructure and is ruled by Roman Pontiff. All treasures of art and architecture are endowed in Vatican.

Trastevere is a popular and picturesque district on the left bank of Rome, it is known for its narrow open surroundings, cobbled streets, fantastic restaurants and crowded clubs and bars. While Rome attracts its regular monuments, this area captures the hearts of travelers. There were always a lot of great restaurants and tiny inns but boom of popularity filled the streets of Trastevere with cafes, bars, dance halls, boutiques, vendors, fortune-tellers and stifling crush of locals and tourists.

Surely, there are a great number of sights in Rome, such as: the Coliseum, Roman Forum, the Sistine Chapel, the Vatican museum and the Vatican gardens. But the well-known the Trevi Fountain amazed. The Trevi Fountain has a long history. Its origins date back to ancient Roman times, when it became the end point of the aqueduct Aqua Virgo, that means "Virgin water", which history is connected with an ancient legend, according to which, a young girl showed the source of the water to a group of Roman soldiers. In the upper level of the fountain is dominated by the bas-reliefs on both sides, depicting scenes from the legend. According to the legend, anyone who throws a coin into the fountain may be sure that he/she will return to Rome and also maintain a romantic relationship and marriage. Money out of the fountain is collected in the morning and donates to charities. The Trevi Fountain is a pearl in the collection of fountains. It is not only the largest Baroque fountain in Rome, but the most beautiful and popular place among natives and tourists of the city.

Certainly, every tourist, who visits the Italian capital, has to taste the famous Italian cuisine. Authentic pizza, pasta and a lot of interesting specific Italian dishes. The "homemade" meals can be enjoyed in small cafes called trattoria that are in narrow Roman streetsFree Reprint Articles, a little far from the tourist center.

I can describe the beauty of the Italian capital endlessly but all this would have remained unknown to me if the guide had not acquainted me with the history and legends of ancient Rome. Now I know where I can find a guide for my future vacation.