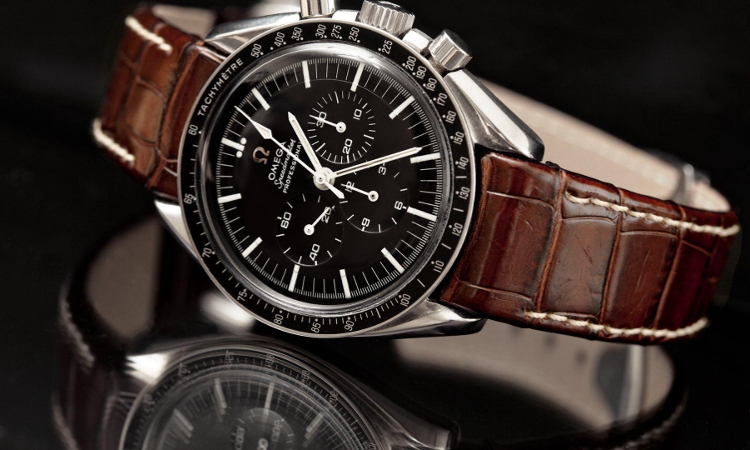 In 1969, the world witnessed one of humankind’s most remarkable achievements as two astronauts stepped out onto the surface of the moon. With OMEGA Speedmaster watches strapped to their wrists, this pioneering moment created history not only for the world but also for the innovative Swiss watch brand.

Last night OMEGA paid tribute to two legends of space exploration at one of the world’s most iconic venues, The Science Museum in London.

The evening celebrated the iconic OMEGA Speedmaster – which, since July of 1969 has also been known as The Moonwatch – and it also commemorated the 45th anniversary of the Apollo 13 mission. Sometimes remembered as a “successful failure”, Apollo 13 suffered an on-board explosion but returned safely to Earth. The OMEGA Speedmaster was used to time the critical engine burns that allowed the spacecraft to enter the atmosphere at the correct angle, ensuring the safe return of the crew to Earth.

Guests attending the exclusive evening paid their respects to Captain Eugene Cernan who, in 1972, was the last man to leave footprints on the lunar surface, hosted the event with Raynald Aeschlimann, OMEGA’s Vice President and International Sales Director and Member of Swatch Group’s Extended Group Management Board.

During his moving speech to the one hundred VIP guests, Captain Cernan said, “None of us know today what the future of human space travel will be but I still believe in the indomitable will and courage, the passion, and the inspiration in the hearts and minds of dreamers. And when their spirit takes us to the limits of our imagination, I have no doubt that the OMEGA Speedmaster will be part of the journey.”

Raynald Aeschlimann added, “It is humbling to be in the presence of a man like Gene Cernan who, like his colleagues from the great age of space exploration, did what we had always thought was the stuff of science fiction – they walked on another world. And we’re thrilled that they did it wearing OMEGA Speedmasters!”

The four-course molecular dining experience took place underneath the Scout Rocket in the Space Room of the Science Museum, home to many important pieces of space memorabilia and artefacts, including an original Speedmaster Professional Moonwatch from 1969.

The OMEGA Speedmaster was approved by NASA for all of its piloted missions and has been an official part of every one since March of 1965, including all six lunar landings.

The evening followed the official opening of the new OMEGA boutique on Sloane Street.