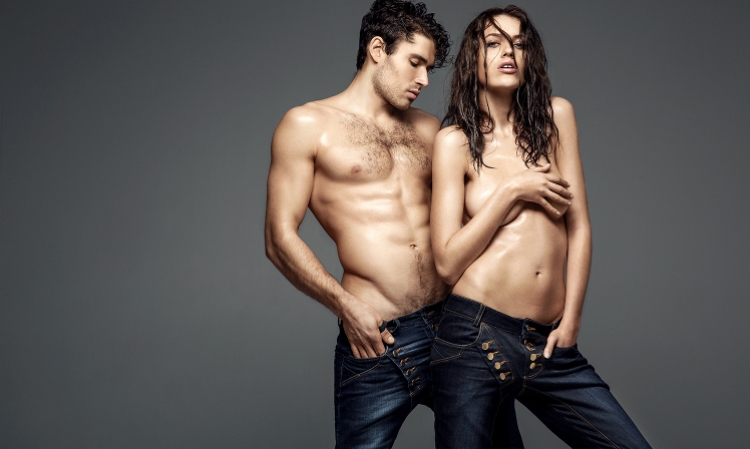 Lithuanian designer Robert Kalinkin has just launched a Kickstarter campaign for his PlayPants - magic access jeans with completely unzippable front pockets. And he believes PlayPants are the only jeans in the world of this kind.

The word has already gotten out in Lithuania - and it’s all over the news. Majority thinks that Robert’s campaign is brilliant. Some don’t get the point. A few loathe the idea. The rest just love the jeans.

„PlayPants is just a modified version of our already best-selling jeans. One day I found a hole in my pocket and realized this was a hilarious idea to have it there on purpose. For me this was like a lightbulb moment - so obvious yet never done before. To my knowledge PlayPants are the only designer jeans of this kind in the world” - says the designer.

PlayPants are good for many things - spicing up your love life, as an awesome gift for your better half or as a companion at the movies or a boring corporate meeting. But still, they are more about the idea rather than the execution of it, adds R. Kalinkin: „I don’t believe many will use PlayPants to their full potential. It’s just such a fun thing to have and in many cases will serve simply as a crazy, cool gift”.

The campaign itself is also rather unconventional: „we didn’t want to do just another glossy/sexy/polished video, so we aimed for those with a sense of humor” - laughs Robert Kalinkin. „It’s not your regular Kickstarter video about heritage, passion and beliefs. Yes, we have them too and they are important - but we also wanted to give people a reason to laugh and smile. I find laughter a very powerful force”.

„PlayPants are fun. But we take the process of making them very seriously“, - stresses the designer. Every pair is hand-finished by experienced tailors at our tiny in-house atelier. If the campaign is successful, PlayPants will be produced entirely in Lithuania, member of the EU. This allows us to ensure fair and sustainable production process of the highest quality.“ Also, the zippers in the pockets are safe and secure, so your most precious possessions are at no risk. When not in use, the pockets function just as any other pockets would - you can safely store your belongings in them.

On Kickstarter backers can choose not only the regular version of PlayPants, but also a pair that’s made to measure, a couple’s edition (for every type of couple) and a lifetime supply of PlayPants – for the ultimate fans.

Robert Kalinkin has been running his namesake label for over three years now and the original jeans was the first piece he actually sold. So denim keeps a very special place in his mind: „We had so much fun preparing for this campaign. So many jokes and out-of-this-world ideas circulated the office. We sketched, prototyped, improved and changed things a million times. Every single person we told about PlayPants loved it. But, ultimately, our goal is to bring you the perfect pair of jeans with that one tiny magic secret. I very much hope that we’ll succeed”